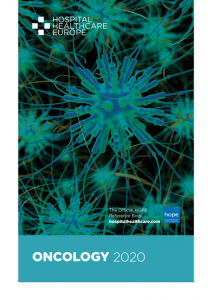 The impact of COVID-19 on cancer care and hospital provision: a view from the UK

Chief of Cancer Services and Deputy Medical Director at Guy’s and St Thomas’ NHS Trust, Dr Majid Kazmi, offers his insight of how COVID-19 has affected clinical practice and cancer care within his department

How has the continuum of care and throughput been impacted by the pandemic?

Dr Kazmi said that there was a significant impact on services when the lockdown occurred. However, he felt that in many respects the hospital was fortunate because back in 2016, a standalone cancer centre was opened on part of the main hospital campus and staff were able to quickly secure the entrance and exits of the building and continue to provide services such as chemotherapy, radiotherapy and outpatient work. Nevertheless, there was
a particular issue with cancer surgery which had been traditionally done in the main part of the hospital rather than the new unit and Guy’s was one of the most affected hospitals in the country, so it was difficult to create COVID-19 secure pathways. The top four floors of the new cancer centre were privately operated by HCA Healthcare and these were made COVID-19 secure and allowed staff to continue with cancer surgery. Guy’s became a surgical hub for South East London hospitals and Dr Kazmi and colleagues worked with teams from other hospitals to prioritise cases and were able to perform surgery for the majority of high risk, urgent patients. Although the lockdown reduced the total volume of operations performed, Dr Kazmi felt that they were still able to manage a reasonable amount of cases and although non-urgent cases were initially given a lower priority, currently more of these are now being performed.

What new protocols or guidelines were deployed to protect patients and clinicians during the pandemic?

Very early on, Dr Kazmi and his teams recognised that patients needing chemotherapy or surgery needed to self-isolate and insisted that all patients had two weeks of self-isolation before they came to hospital. Patients were asked to attend hospital 48 hours before their treatment and tested for COVID-19 and, if negative, they could proceed with treatment. In addition, staff were deployed to ‘door duty’, taking patients’ temperatures and asking COVID-19 screening questions and relatives or visitors were prevented from attending.

As Dr Kazmi explained, this was quite a difficult decision to take because cancer patients rely heavily on relatives and carers for support during treatment but it was necessary to reduce the number of people in attendance at the centre. Some exceptions to the rule were made for extenuating circumstances, for example, patients in end of life care where there was likely to be difficult conversations or in cases where there was a vulnerable individual who was unable to comprehend what was happening.

Since implementing this policy, although some patients have died due to complex surgery, there has been no excess mortality due to COVID-19.
For staff, daily temperature checks were undertaken initially although this was stopped after a few months as there was never an instance of a raised temperature and staff who felt unwell didn’t attend work. As per national guidelines, all working staff had access to full personal protective equipment as well as hand gels and this was vigorously enforced to protect patients.

The Trust created its own set of guidelines for staff during the pandemic though these were largely based on the advice provided by the National Institute for Health and Care Excellence (NICE) and Public Health England. For instance, the Trust used NICE guidance on prioritising patients for radiotherapy, chemotherapy and surgery and in fact consultants at Guy’s and St Thomas’s were instrumental in writing many of these guidelines, so the guidance was not a surprise though it was necessary to explore how these national guidelines could be best implemented locally. Dr Kazmi said that the guidelines remained in draft form throughout the pandemic as live documents that could be modified and updated when new information became available.

One major change due to the pandemic was a huge increase in virtual consultations. Dr Kazmi remarked on how literally overnight, the department shifted from none to over 80% of consultations being conducted online. Initially, consultations were held over the phone but this shifted to become virtual, making use of software such as Attend Anywhere.

Currently, and depending on the type of clinic, somewhere between 40% and 60% of consultations are face-to-face with the remainder continuing to be virtual although as Dr Kazmi acknowledges, it can be difficult with cancer patients because they often need to be seen. In addition, since treatment decisions are directed to some extent by blood tests and imaging, there was little point arranging a virtual consultation if the patient was already visiting the centre for various tests.

Virtual consultations continue to be used for some newly referred patients which allow clinicians to assess the patient and to direct the initial set of investigations more appropriately and this has been beneficial for the patient pathway, compared to in the past when every patient was seen in a clinic.

As cancer treatment decisions are often based on blood test results, a decision was made to create mobile blood testing services thus avoiding the need for patients to visit the department. Dr Kazmi described how the team worked with St John’s Ambulance Service to establish mobile blood testing facilities at sites such as supermarket car parks and from where the results could be sent to the centre and interpreted by clinical staff. He thought that patients were very satisfied with this new service because it was both more convenient and safer because they no longer had to travel on public transport to the cancer centre.

Prior to the pandemic, one piece of work that had been planned by Dr Kazmi’s team was to increase the use of self-administered subcutaneous medications. This was driven by the need to reduce attendance for patients who were coming to the centre to receive what amounted to a 5-minute injection, which was clearly a waste of time for both parties. The pandemic accelerated this work and patients who possessed the necessary dexterity skills, were taught how to inject themselves. As Dr Kazmi described, the shift to greater use of self-administration of subcutaneous medication while clearly of benefit to patients during the pandemic will enable increased capacity within cancer centres which has always been a major issue.
Switching patients to oral therapies enabled a further development, which was the home delivery of medication. For example, after a virtual consultation if a clinician decided to continue with the next cycle of chemotherapy, the medication was couriered to a patient and this avoided them having to attend the hospital pharmacy.

As services return to some level of normality, the cancer centre is working to re-build their chemotherapy infusion service and reverting to any pre-pandemic NICE guidance with respect to first- and second-line treatment options.

How would you summarise the impact of the pandemic and what are the key learnings?

Dr Kazmi felt concerned that as capacity begins to increase again, there is a worrying number of patients with late presentations of cancer and while this might not have an immediate effect, the full impact will not become apparent until a few years’ time. Dr Kazmi noted that during April 2020, the department’s referrals under the governments two-week wait time reduced from around 2000 a month to about 400. He explained that this would be a problem for time sensitive cancers which can quickly change stage and move from being operable to non-operable. He illustrated this with colorectal cancer. For example, a patient with stage 1 disease has an 80% chance of being alive at five years if operated on at that stage, although if operated on at a later stage, there is a 10–20% of being alive after five years. He thinks that in five years there is likely to be a spike in cancer mortality due to the delay caused by COVID-19.

The second learning for him was that although the NHS did a fantastic job during the pandemic, if there is a second-wave, it is vital to try and maintain as much other activity as possible. During the pandemic he described how the NHS more or less shutdown and having learnt much about the virus and how it behaves, it should be possible to quickly adapt and ensure that as normal a service as possible is maintained.

Dr Kazmi says that as a result of the pandemic, virtual consultations are here to stay. In addition, the pandemic has enabled more flexible working and not all staff need to be in the centre each day. He noted how patients too are now more likely to question why they are being asked to visit the cancer centre. While during the pandemic, there was a reluctance to visit the centre in case they caught the virus and it has taken sometime to gain back patient’s their confidence, he is finding that many will question the need to visit the centre and do so only if it is really necessary.

Although it did not happen to any great extent during the lockdown, Dr Kazmi thinks that the pandemic has provided the stimulus to increase the use of technologies such as wearables, that allow measurement of heart rate, temperature and even ECGs. Overall, these developments will facilitate more remote monitoring, with the data transferred to the clinicians. He and colleagues are working with artificial intelligence companies to develop clinical support tools to direct treatment decisions based on the latest evidence and reduce variation in clinical practice.

How quickly do you anticipate regaining momentum post-pandemic?

Dr Kazmi stated that pre-pandemic, cancer services were struggling to meet the demands placed upon it. Now, as the pandemic resolves to some extent and services resume, there will be an uphill struggle to meet not only existing patient targets but to be able to deal with a huge backlog created by the pandemic. Although meeting the two-week wait will be challenging, a more important metric is the faster diagnosis standard which requires that at least 75% of referred patients with suspected cancer, find out within 28 days whether or not they have cancer. The other target is that by day 62, the patient should have been diagnosed and had their first course of treatment and this was a target that many hospitals struggled to meet. Work done by MacMillan suggests that even with a 20% increase in capacity over baseline
it will take many months to clear the backlog.

Ultimately Dr Kazmi thinks that the pandemic has focused people’s minds on how best to develop a more efficient and patient-centred service. Whereas previously there was a reluctance to start virtual consultations, having had to work virtually has made many realise how useful and easy it has become. Furthermore, it was also felt that mobile blood services would continue, as would home delivery of medicines. The pandemic has taught everyone precisely how doable these innovations are and that it can improve the effectiveness of the service.

Finally, whereas in the past hospitals have worked independently and competitively, Dr Kazmi thinks that the pandemic has resulted in a more collaborative way of working, with, for example, consultants from other hospitals coming to Guy’s to operate on patients. He feels that this collaboration is here to stay although the current funding model needs to be revised as hospitals are separately funded. However, with the evidence that sharing of expertise, avoiding duplication of services and centralising procedures is beneficial, he is hopeful that in the future, funding will be delivered to complete systems rather than individual hospitals and that cancer services will become more efficient and hopefully meet the demands placed upon them.

In official association with